How can Artificial Intelligence help HR? 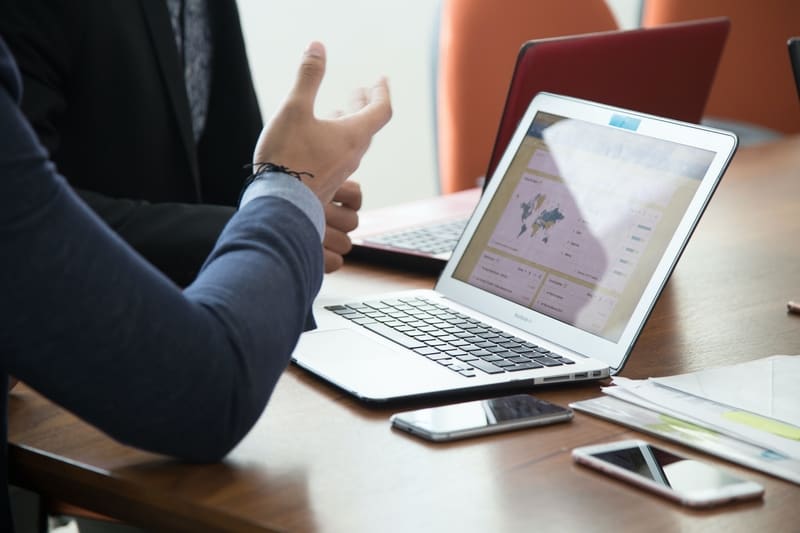 In recent years, life in general has become more connected, and filled with new possibilities. New technologies did not only change people ‘s lives, but have also changed how they view the future. New patterns in work and social relations were created. The future has also arrived to Human Resources: Artificial Intelligence is transforming management and hiring dynamics at an incredible pace.

This technology allows “machines” to learn from previous experience, make adjustments according to the new inputs and execute tasks that previously only humans could. Most of the use cases of AI we see today – from playing chess to self driving cars – rely on Machine Learning and Deep Learning. With these tools, computers can be trained to do specific tasks, processing a large amount of data and recognizing a series of patterns that might otherwise go unnoticed by people.

In companies, Artificial Intelligence can help decision making become less subjective if used correctly, by analysing data on performance, soft skills and behavior on a large scale, without taking into account sensitive information on candidates and employees (such as age, gender, race) that could generate bias.

Furthermore, the sheer power to process and analyse data ensures that every single candidate in a hiring process will have an opportunity to be seen, unlike what usually happens when the company can only rely on recruiters to go over CVs with their limited time and energy.

Hiring the right candidate with the help of Artificial Intelligence

A recruiter might need a couple of minutes to go over a CV and evaluate if the candidate should go on to the next step in a hiring process. In contrast, AI can evaluate thousands of candidates following the same principles in a matter of seconds.

With this technology, it is possible to detect which candidates are best suited for the job at a large scale in the early stages of the process, all with the help of algorithms.

This makes the recruiting a lot faster and more efficient, reducing hiring related costs and increasing productivity. Hiring the right candidates from the get-go impacts not only the quality of work delivered within the organization, but can also translate to lower turnover rates in the long term.

Of course, AI does not eliminate the need for recruiters, as the final decisions are still made by people. It does however, optimize their time, no longer spent in repetitive tasks such as CV evaluation. This allows recruiters to dedicate more time and effort to more strategic tasks in the company.

Gone are the days when HR only got to work on an issue after it was brought up by a business partner or manager. With AI, People Management can act before actual problems arise. For example, if an employee starts exhibiting patterns the artificial intelligence recognizes as precursors to quitting, team leaders can be informed ahead of time to prevent turnover. The same can be done to prevent work accidents, or even identify which employees need to receive further training or promotions.

In other words, the AI system can process and analyse enough data to give consistent predictions, and accurately identify patterns in human behaviour. This foresight can help HR teams build and implement strategic plans within the company in a highly personalized way.

Thus, by using Artificial Intelligence, team leaders and HR are better equipped to attract, train, and inspire employees, which is certain to impact the entire business in a positive way.

As the use of Artificial Intelligence becomes more common, so has concern over its potentially harmful effects, such as deepening bias. Although this has been documented before, as this HBR article points out, AI learns and follows patterns that already exist. If it favors candidates based on anything other than their skills and qualifications, it’s because the data it was fed shows that recruiters are doing the same thing.

Instead of seeing this technology as a villain, there is an actual opportunity to use it to mitigate bias that exists within the company. By identifying bias, Artificial Intelligence can help organizations understand what are the underlying problems they face, and thus can start to tackle them. Furthermore, once these cognitive biases are known, algorithms can be altered in order to mitigate them.

This could even help companies in their mission to be more diverse, which as a 2018 study published by McKinsey shows, translates into a more profitable business. According to their research, the probability to have above-average profitability is 21% larger in companies that have higher gender diversity among executives. In companies with higher ethnic and cultural diversity among executives, that number rose to 35%.

If well applied, AI can guarantee that every candidate is analysed fairly, without interference of sensitive data such as age, gender, race or sexual orientation which could otherwise affect the hiring process. Likewise, once an employee is working in the company, they can be evaluated for their performance without relying solely on the subjective perspective of a manager or peers.