Unconscious bias: what is it and can it be eliminated? 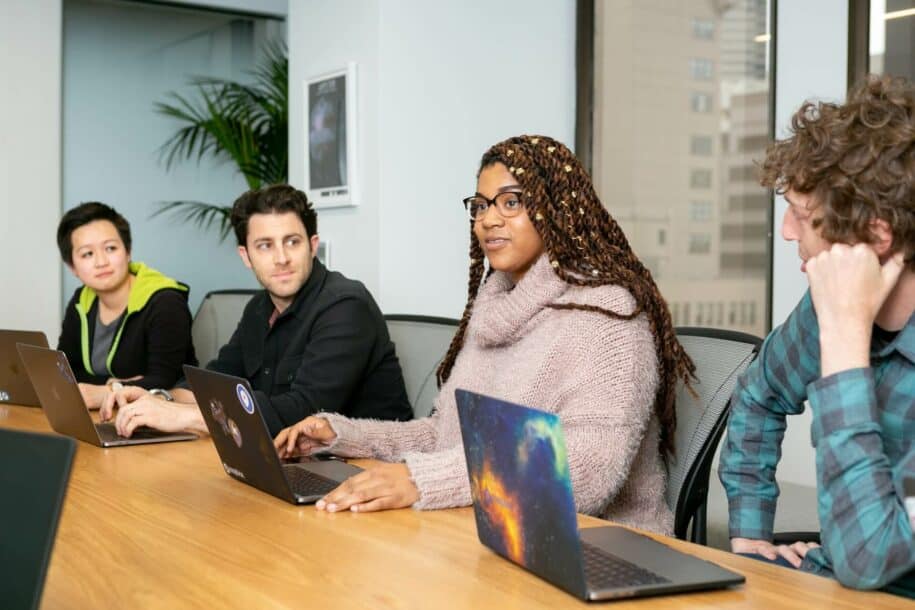 One of the factors that may lead to a negative experience for a candidate in a hiring process is the prevalence of unconscious bias. This can lead to many missed opportunities for companies, as competent candidates might be dismissed due to structural discrimination. In this article, we will explain what is unconscious bias, and what your company can do to mitigate it as much as possible.

What is unconscious bias ?

Unconscious biases are are social stereotypes about certain groups of people that individuals form outside their own conscious awareness. These biases become discriminatory when they negatively affect minorities, and in the context of hiring processes, result in the unfair elimination of candidates.

These biased views can be negative towards a social group due to stereotypes about cultures, age, race, gender, sexual orientation, social class and other characteristics that should not imply anything about the candidate’s abilities, competence and performance.

Recruiters, as human beings, are susceptible to these unconscious biases and their decisions may negatively affect candidates in hiring processes. Thus, it is important to recognize these distortions and correct them when possible, in order to promote a fair process.

Companies must strive to create a more diverse and inclusive space in order to get the best results possible. However, when unconscious biases come into play, this objective becomes more elusive, as choices around hiring, promotions and performance evaluations might be distorted, being less objective, fair and rational.

How to identify unconscious bias

Now that we explored why identifying unconscious bias is important, here are 5 common biases that impact hiring processes:

Recruiters are susceptible to this bias when they prefer and prioritize a person in a hiring process solely because the candidate is somehow similar to them. And this includes factors such as ideology, attitudes, appearance, religion, and so on.

In this case, generalisations around a certain group influence hiring decisions. A common example is women not being taken seriously in STEM positions, as traditionally this is a more male-dominated field. However, this can be extended to stereotypes around race, sexuality, culture, age, and so on.

This bias speaks to the human tendency to value aesthetics, conflating physical beauty with other positive traits. Thus, in hiring processes, candidates that fit current cultural beauty standards can gain an unfair advantage. Characteristics that do not correlate with performance nor competence, such as weight, clothing, and facial symmetry can impact a candidate’s chance of moving forward in the process.

This bias is linked to patriarchal views of labor and women. Women, being capable of getting pregnant, can be negatively impacted in hiring processes just due to the possibility of having to take a maternity leave. Another common misconception is assuming women who have children will be less dedicated to their jobs. It is the inverse of what happens to men who choose to have children – they become more likely to get a raise.

This bias is defined as the human predisposition to confirm already established beliefs. When receiving any kind of information, people have a tendency to give more weight to data that supports their beliefs, and to minimize any data that challenges it.

It is crucial to identify how these unconscious biases play out in the corporate world, because when employees to not feel safe in a work environment, when fairness is questionable, it directly impacts their performance and productivity.

The lack of inclusion in companies is one of the factors that can affect talent retention as well. This is why HR needs to identify and combat discriminatory practices and behaviors within the company and work to ensure that all employees are treated with dignity and respect.

With that in mind, here are 5 ways to combat unconscious bias:

It may be cliche, but it starts with you. Specially if you are in a leadership position. By reflecting on your own beliefs and behaviors, you will be able to identify some beliefs that have no rational data to support them, and recognizing your own misconceptions is the first step in learning how to be more objective (and supporting your team in doing the same).

Create teams or workshops that start the difficult conversations and reflections, to get your company out of its comfort zone. Outdated beliefs that may be holding your company back are often deep rooted, so having debates and educating employees on the matter is essencial.

To approach this on a objective level it is essential to identify past mistakes and imbalances. In order to do so, the company can analyze past data on hiring choices, and see where diversity might be lacking. Identifying pain points this way can help leaders to come up with actionable plans.

Is there a particular group concentrated in a single area or position within the company? In general numbers, there might be little inequality between the volume of men and women who are hired, or between white people and people of color, however on a closer look, you might find that minorities are underrepresented in leadership positions, or in technology teams.

Use technology to combat bias

By using Artificial Intelligence in early stages of the hiring process, such as candidate screening, it is possible to identify and mitigate discriminatory biases. Algorithms can ignore sensitive data such as race, gender, age, etc, as well as other characteristics that might point to the applicant being from any particular social group.

Want to know more about of AI can help your company create a fair and efficient hiring process? Contact us.